Template appeal letter for ALL politicans!


Finally. We can all breathe a sigh of relief and enjoy a respite from political commercials until the next election cycle begins in approximately 67 days! In the meantime, let's enjoy watching commercials for REAL things, like deodorants that make you lose weight and herbal pills that will totally and dramatically increase penis size.

Also, the trees of the world will breathe a giant sigh of relief, now that politicians can briefly stop sending mass mailings to tell voters how much their opponents hate trees.

The amazing thing is that all the politicians--regardless of where they are on the political spectrum--seem to pull from the same stock language for their donor and voter appeals. It has been reported in European media outlets that the annoying paper clip from old versions of Word is now employed as a political consultant.
So, to save politicans and voters time and money in future election cycles, below is a template for candidate appeal letters, provided by an anonymous source in Gdansk. This letter, written by a coalition of sentient cartoon office supplies, is a solid template letter for politicians of any party affiliation, running for virtually ANY office, anywhere in America. 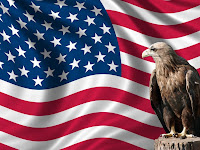 What you didn’t know is that he/she has also taken a firm stance against [jobs/your children/Pepperoni & Cheese Hot Pockets].

If elected, he/she will make sure that all the things you value most—the things that define us as Americans—will be taken away from you, me, and our families, for ALL TIME. For instance, [OPPONENT] is certain to pass legislation that will permanently eliminate [jobs/kids/Hot Pockets].

That pretty much says it all.

In contrast, [CANDIDATE] is a vote for good schools, high-paying jobs, and a guarantee of fewer fleas on your household pets.

In the enclosed brochure, just look at [CANDIDATE] walking on a beach with kids and a dog! Anyone who can walk on a beach with kids can surely solve all fiscal and social problems that face us! Walking on the beach means he/she loves the Earth. After all, 98% of Scientists agree that beaches are ON THE EARTH.

What's more, [CANDIDATE] has a proven track record of being photographed with kids and dogs.

And who doesn’t like dogs? What are you, a communist? Look how the little guy’s head is tilted to the side a little bit! That’s the candidate’s actual dog, you know! Okay, maybe not in the sense that he/she “owns” it, but he did legally purchase that photo of a dog from stock footage.

Now, just look at that black and white photo of [OPPONENT]! It’s not in color, so looks very ominous. Did you know that people look more suspicious in photos with their mouths open and not smiling? Don't you have to wonder why OPPONENT's mouth is open like that? (Note: Horns and cartoon penis inserted for illustrative purposes only.)

Vote for CANDIDATE, and you will be safe, and happy, and have lots and lots of freedom. You will have more hair where you want it, and less where you don’t. Life will be good.

BUT BE WARNED! Men who vote for OPPONENT, you will be impotent. Women: vote for him/her and, yes, you WILL look fat in those pants. For the next [TERM] years.

Are you willing to take that risk?

Your strong contribution of $25, $50, $100, or any other amount will go a long way in helping us to produce more of these letters to ask you for more money. If you can't or don't want to give, that's okay.

Just don't blame me when my opponent wins and all of a sudden, it really hurts to pee. Because that is EXACTLY what will happen if you don't act now.